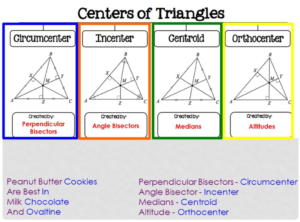 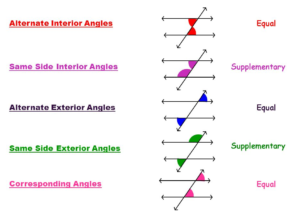 Example: cookies and milk
Here they are (only 7):
for, and, nor, but, or, yet, so
You can remember them using the acronym FANBOYS.

There are many subordinating conjunctions. This list does not include all of them.
Example: I will eat broccoli after I eat this cookie.
A: after, although, as, as if, as long as, as much as, as soon as, as though
B: because, before, by the time
E: even if, even though
I: if, in order that, in case
L: lest
O: once, only if
P: provided that
S: since, so that
T: than, that, though, till
U: unless, until
W: when, whenever, where, wherever, while

These are always used in pairs.
Example: This cookie contains neither chocolate nor nuts.
both… and
either… or
neither… nor
not only… but also
whether… or

alliteration: repetition of the same sound at the beginning of successive words.
o Let us go forth to lead the land we love. –John F. Kennedy
o Veni, vidi, vici. –Caesar

asyndeton: omission of connecting words (conjunctions) such as et or –que.
o We shall pay any price, bear any burden, meet any hardships, support any friend,
oppose any foe to assure the survival and the success of liberty. –John F. Kennedy
o But, in a larger sense, we cannot dedicate, we cannot consecrate, we cannot hallow
this ground. –Lincoln, Gettysburg Address

diminutive: a form that indicates a small amount or small size. Diminutives can convey a variety of emotions, such as affection or contempt.
o What a cute little doggy!
o …ut Veraniolum meum et Fabullum.

ellipsis: omission of a word or words that must be supplied to complete the sense; the
omitted word is most often a form of esse.
o She enjoys sailing, he swimming.
o Tum ex omni parte lapidibus coniectis, deturbati [sunt] turrisque succensa est.
–Caesar

enjambment: postponement of a word that completes the thought of a line of verse onto the next line.
o I think that I shall never see / A poem as lovely as a tree. –Joyce Kilmer
o Hauriat hunc oculis ignem et crudelis ab alto / Dardanus et nostrae secum ferat omina
mortis. –Vergil

hyperbaton: separation of words which belong together, often to emphasize the first of the separated words or to create a certain image.
o Object there was none. Passion there was none. I loved the old man. –Edgar Allan
Poe, “The Tell-Tale Heart”
o Speluncam Dido dux et Troianus eandem… –Vergil

litotes: expressing an idea by negating its opposite.
o A few unannounced quizzes are not inconceivable.
o videbantur non ignoravisse (seemed not to have been unaware) –Asconius

metonymy: use of one noun for another that it suggests.
o The pen is mightier than the sword.
o Hoc inclusi lingo occultantur Achivi (in this wood [the Trojan horse] Greeks are
enclosed and lie hidden) –Vergil, Aeneid

onomatopoeia: the sound of a word that imitates the actual sound that one hears.
o buzz, hiss, hum
o At tuba terribili sonitu taratantara dixit. –Ennius
poetic plural: use of a word in the plural which might seem more logical in the singular.
o Rapidi vicinia solis / mollit odoratas, pennarum vincula, ceras.                                      –Ovid, Metamorphoses

preterition: a figure in which the speaker says that he is not going to talk about a certain topic, thereby bringing it to the attention of the audience.
o That part of our history detailing the military achievements which gave us our several
possessions … is a theme too familiar to my listeners for me to dilate on, and I shall
therefore pass it by. –Thucydides, “Funeral Oration”
o Cur dicam de caritate familiae pietate…

rhetorical question: a question asked for effect, to make a point with the audience rather than to obtain real information.
o Hath not a Jew eyes? / Hath not a Jew hands, organs, dimensions, senses, affections, passions? / If you prick us, do we not bleed, if you tickle us, do we not laugh? / If you poison us, do we not die? –Shakespeare, Merchant of Venice
o Quid bella Tyro surgentia dicam germanique minas? –Vergil, Aeneid

synecdoche: use of a part of something to stand for the whole object.
o Give us this day our daily bread.
o Tum prora avertit (then the prow [ship] turned around) –Vergil, Aeneid

transferred epithet: an adjective that agrees grammatically with one noun but more
logically would describe another noun in the sentence.
o “The eye of man hath not heard, the ear of man hath not seen, man’s hand is not able
to taste, his tongue to conceive, nor his heart to report, what my dream was.”
–Shakespeare, A Midsummer Night’s Dream
o Exegi monumentum aere perennius / regalique situ pyramidum altius. –Horace

tricolon: a series of three grammatically parallel phrases or clauses; often the third is the longest or most important, in which case it is referred to as a tricolon crescens.
o I came, I saw, I conquered.
o Veni, vidi, vici.